This is a narrative recorded by Dr. James A. Scarborough about his experiences with a local woman by the name of "Sandra."

Sandra was blind when we met.  She had normal vision until reaching her late thirties, but had been blind for about a year when she took a class from me.  She came by the office several times and we joined hands in prayer for relief and aid in some of the challenges she was facing, but neither of us ever thought about asking for her sight to return.  Yet that is what happened quite abruptly one morning in her doctor’s office.

The problems we had prayed about involved nuisance negative spirits which had been pestering her for a long time.  She normally stayed awake most of the night with the lights on to help her with that struggle.   She had been able to see ugly spirit faces and hear their occasional cursing when she had normal sight.  These continued even though she was now blind. There were also occasional poltergeist phenomena in her house, such as objects mysteriously moving or disappearing, only to be found in a foreign location some time later.  She described some of the spirits to me.  Among the various types were two that stand out due to reports of them that I received from several other people.

One of them was a tall, muscular reptilian type who had greenish snake skin and large yellow eyes with vertical black slit pupils.  It has no hair but has a slight ridge along the crown of the top of his head.  He has no external ears.  Several other ladies had described this same entity to me.   Its behavior was always negative, usually involved sexual molestation or spectral rape and abuse.   It has been reported in many countries around the world, always exhibiting the same abusive actions.  This behavior is an interesting factor in trying to decide whether this creature is real  or imaginary.  For various women from different countries, unbeknownst to each other, to describe the same creature exhibiting the same behavior suggests that the being is not imaginary.

Another creature Sandra described was only about five feet tall and not very muscular.  It, too, had a slick snake-like skin of a light brown hue with an oily appearance.  It also had yellow eyes, which she described as “like a cat’s eyes.”  It had no hair, but the top corners of its forehead sported two small protrusions like short horns an inch or so long.  It, too, was involved in mayhem, sometimes in sexual attacks.  Although her experiences with this entity could be interpreted as hallucinations or fantasies, it caught my attention that a couple of months after she reported this new visitor, I learned of a group of reports from a location in South America which described this same new type visitor

After our prayers, the nuisance visitations seemed to abate a little bit, but they never entirely ceased.  Now that her sight had been restored, Sandra still saw the same entities that she had seen in her mind while blind.  She further felt completely helpless to defend herself against these spirit attacks.  In an effort to give her some sense of empowerment, I armed her with an old 35-mm camera.  I disconnected the flash capabilities and set the lens at a focus of 8 feet with a shutter speed at 1/8 of a second at f1.9, the most open the old camera lens would go.  These settings were to give us the best chance of photographing anything that gave off a little light in the dark.  Then I loaded it with a roll of color film.  She knew nothing whatever about the workings of the camera.   I taught her how to use the correct button to click the shutter and take a picture.  She was instructed to point this camera at whatever she thought she saw and click the shutter.  In addition, her job was to make notes of what she thought she saw for each picture that she took.  She didn’t readjust any of the camera settings.

The photographic armament seemed to help.  When she would see certain of her spirit pests and point the camera at them in the dark, they would usually disappear.   For some of the other species, this technique didn’t help.  Every couple of weeks, she would visit me and bring the camera.   I would take out the film myself, take it a local photography shop, and have lunch with Sandra while the film was being developed.  Then we would pick up the prints and go over her list of what the photos should be.  At the end of her list, I would have to tell her that every photo was completely black.  No entities showed up in the photos.  We did this several times with 36-exposure rolls, and got the same expected result each time: no monsters. Then I loaded the camera with infrared film, just in case something might be giving off enough heat to show up.  Nothing showed up in infrared either.  I would load another roll of film into the camera myself and hand it back to her.  We did everything with strict scientific protocols just in case something totally unexpected showed up on the film.  In the unlikely event that something did show up, there would be no loophole for explaining it as anything other than what she saw.

On one of our final sessions, she described to me some of the moving lights she occasionally saw, some of them looking like small comets.  Occasionally she would see simply a large area of light, such as lavender or sickly dull green.  She further described one particular light she saw as though someone had taken a bucket of red paint and slung the paint across the room.  Since she had seen various lights while she was blind and also now that her sight had miraculously returned, I had presumed that they had been taking place in her imagination.  Since spirits can cause such visionary phenomena, they might nevertheless exist even though there was no external evidence of them, such as photographs.  Such a case leaves plenty of room for skeptics to dismiss the entire chain of events.

On one occasion, we had our standard lunch and conversation time, then picked up the prints from the photography shop and went through her list one photo at a time.   But this time, they were not all black.  One of the pictures showed a nice clear white comet shape while another one was primarily simply a lavender color.  A final one showed a large splotch of red color, like a bucket of paint had been slung across the room.  When Sandra saw these, she stared at them in her hands speechless for several minutes, occasionally shaking her head and saying, “Oh, my,”  and, “Oh my goodness,” shaking her head over and over again in awe.  No explanation of these colors, such as light leaking into the film chamber, was ever found that  could explain the pictures.

Although we never captured any malevolent entities on film, the color splotches she correctly described before seeing the photographs proved that something was going on that was not imaginary.

At this time, after the restoration of her sight, some of her alleged spirit sightings had been mentioned to medical personnel.   Consequently, she had been assigned to a psychiatrist at a nearby medical school.  This doctor secretly believed that spirits might exist, but such an idea was alien to his orthodox training.  In some of her therapy sessions, Sandra had told him about her experiences with annoying negative spirits.  Although he had not believed her case was  anything other than fantasy, his job was to minister to her and help her through her presumed mental problems.   Then in one of her last sessions, she told him about what we had done with a camera and showed him the spirit photographs.   That furnished the objective evidence that he needed in order to truly know that spirits existed.  The doctor was so relieved that he cried.  Sandra was finally diagnosed as mentally stable with no signs of psychosis.

Sandra and I were never able to exorcise all the demonic presences.  She simply had to draw on her own inner spiritual strength and resources and continue coping with the entities throughout her life.  The experience of the Apostle Paul comes to mind, where he had to tolerate being “buffeted by a spirit agent (angel) of Satan,” Paul’s “thorn in the flesh.”   Although he had prayed that it be removed from him, the Divine response was, “My grace is sufficient for thee” (II Cor 12:7-9). 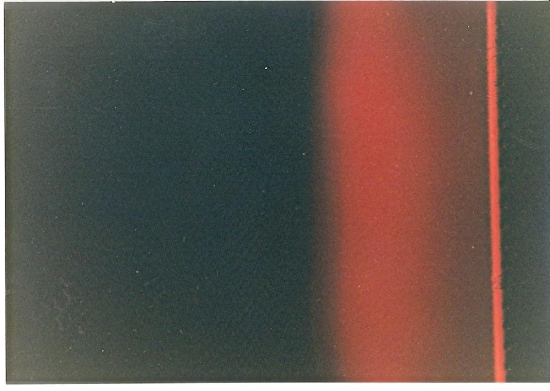 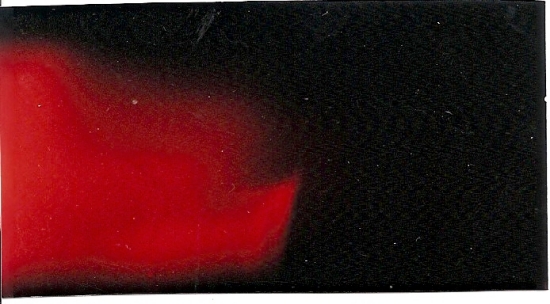 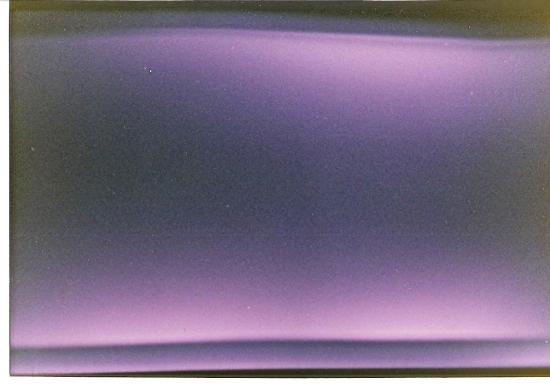 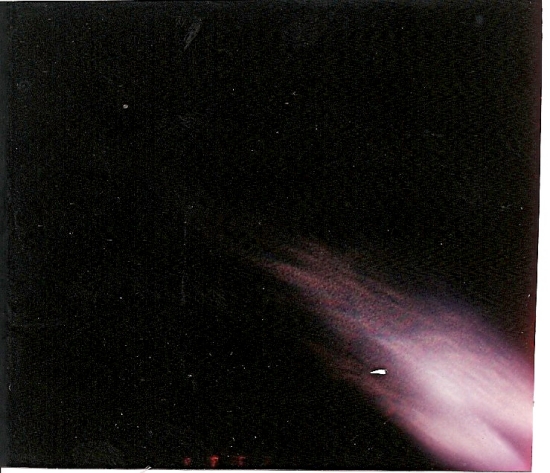 Footnote:  Since writing this article, I have had the “comet” photograph  (above) further examined by three professional photographers.  One of them thinks the photograph is authentic.  The second professional believes the photo might be of a spirit light, but that it equally likely could be due to a light leak in the camera.   The third professional said that a light leak, or a couple of other problems he discussed, could cause something like the comet, leading him to an everyday explanation, although he thought there was still a chance that it could be due to spirits.  Consequently, I suggest accepting the comet photo with caution.  Had Sandra not described having seen both balls of white light and comet shapes in the air, this photo would probably have been discarded as not sufficiently veridical.